MEMORIES  OF THAILAND
There are  many recipes for chicken and chicken thighs. I really liked Linda’s “Honey Thigh Recipe” from the Fabulous Fare Sisters. Linda wrote that she would like to see my version of her Honey ~”Thai” Thigh Recipe”  after I commented on Linda’s Yummy honey Thai chicken recipe. . . .from LINDA: Thank you! Hope you give it a try – would love to see your version!  Being a lab rat, I enjoyed experimenting with this chicken recipe;  originating from Thailand.  I prepared Linda’s  wonderfully tasty chicken thigh dish. The selection of spices was too good! I did not adjust the original recipe. The great flavours of Turmeric, chives basil, ginger and soy sauce were so good already. You don’t want to change something that is already spectacular.  The only variation I made was  in the added honey;  used for  sweetness and caramelization. 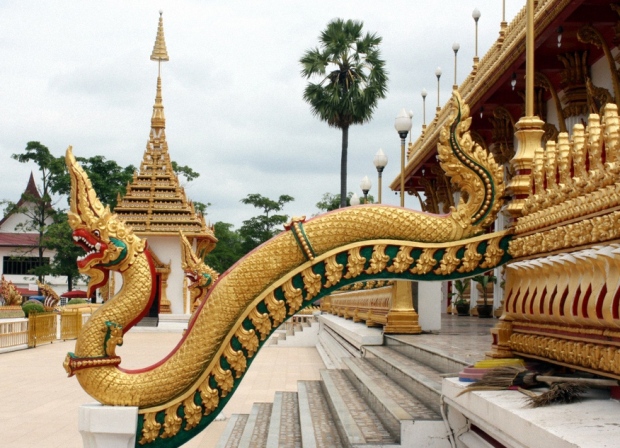 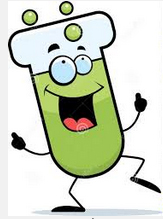 MY TEST KITCHEN
I made 3 versions of this  “dish” by  altering the method of adding sweetness to this dish. I wanted to see if there was any change in the flavour and the caramelization.
I made my first version almost the same as the original Fabulous Fare Sisters recipe. (on March 10, 2016).  In my version I used green onions instead of chives.  I doubled up on the turmeric,  basil and ginger since I am fortunate to live near “St. Lawrence Market” where I am able to get fresh ginger and turmeric along with fresh basil all year round. I grow my basil in the summer. The fresh turmeric is not as common as fresh ginger from local supermarkets here in Toronto, Ontario, Canada. I was very generous with the cilantro. I used 1/4 cup of cilantro instead of a few leaves since I like it so much!
I made the second version  and added  the honey at the end, with one tablespoon of soy sauce glazed on top to see if the flavour and caramelization was affected.  I assumed that the caramelization would be less.
I made a third version with two tablespoons of stevia substituted for the honey and used chicken legs.

All versions were marinated for 24 hours. I shared my Thai chicken with my  friends, neighbour and  the concierge in my building.  The concierge is very please that I include him in my test kitchen.
RESULTS
The results surprised me a little.  The first version was good.  I had thought that the second version would have less caramelization. It did not. It was the same as the first. If the caramelization is too much and carbon is formed then this is not very healthy.  The third version with the stevia was just a little too sweet. I would perhaps change it to 1 tablespoon of Stevia instead of two tablespoons.
THE VOTE WAS UNANIMOUS!
All the critics favoured the version that had the honey and soy sauce glazed on top at the very end. The sweetness of the honey was enjoyable but it did not permeate through the entire dish.  This gave a pleasant contrast between the sweet and the savory.  It was the winner with everyone here!

INSTRUCTIONS
1.  Season the chicken with the chives, turmeric, basil, ginger, salt, pepper, soy sauce and Worcestershire sauce,
2.  Zest the lines and squeeze the lime juice over the chicken.
3.  Drizzle with the honey and add cilantro.
4.  Allow to marinade for 10 minutes(up to 24 hours).
5.  In a large skillet over medium high heat, cook the seasoned thighs 6-10 minutes on each side until cooked through.
6.  If using bone-in or legs cook 2 more minutes on both sides.
7. Test to an internal temperature of 165 degrees away from the bone. Serve and garnish with more cilantro leaves. 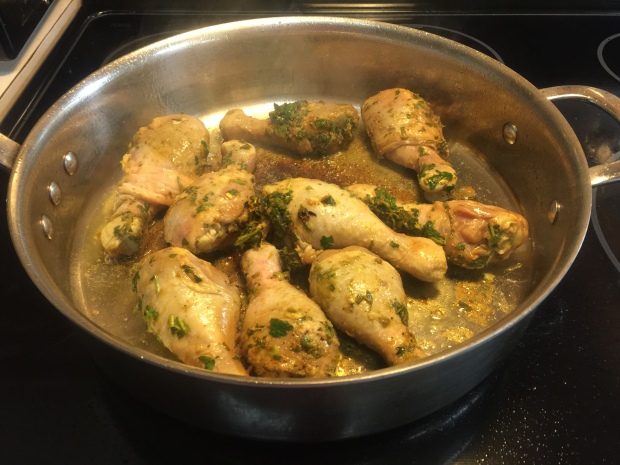 I would like to thank the talented Fabulous Fare Sisters for their delicious recipe .  The challenge was truly interesting and made me consider all options to improvise and test this recipe.  The recipe was wonderful.  Everyone enjoyed it. The version that had the same amount of honey as in the original recipe but used as a glaze was the winner with my group of taste testers.  Many thanks to them as well and I hope that everyone keeps cooking happy and healthy.

As a native Finlander, we regularly enjoyed pickled herring, lox (lohi) and Finnish rye bread [Ruisleipä]. Lots of healthy choices. Finnish "pulla" was a hit at Christmas. Dill with fish, salads and soup is an everyday occurrence! 💗 The fridge was always full of surprises ~like smoked eel. ...no eye of newt! ㅤ 𓆩♡𓆪

RSS FEED for my Blog 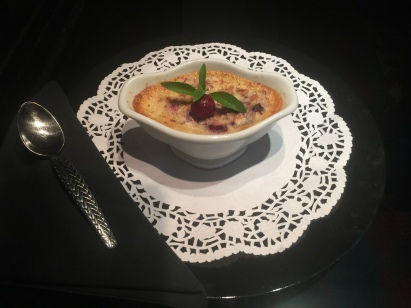 Clafoutis with Fruit and Almond Crust